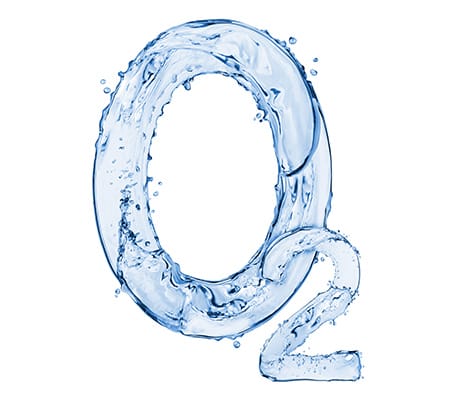 What is Hyperbaric Oxygen Therapy?

Hyperbaric Oxygen Therapy (also known as HBOT) is a method by which we deliver 100% oxygen to the entire body at greater than normal atmospheric pressure. Oxygen is one of nature's great healers, especially as it pertains to inflammation and injury in deep tissues (the brain and gastrointestinal for example). In general, oxygen is known to accelerate the body' natural ability to heal itself.

In summary, Hyperbaric Oxygen Therapy (HBOT) brings hope to people when healing has not been found with conventional approaches. It's generally safe when proper precautions are followed and has virtually no adverse side effects. The most beneficial way to undergo Hyperbaric Oxygen Therapy is to do so intensely over short time frames. For example, two 1-hour treatments daily for 30-60 days. Hence, our office makes this therapy available to patients via a home rental program. The unit fits easily in any home (as noted below) and is rented on a monthly basis.

If you would like to learn more about our HBOT rental program or have any questions, please feel free to contact us.

Hyperbaric chambers, used in hyperbaric therapy (HBOT), are any number of enclosures, which can be pressurized to allow a person inside to experience higher atmospheric pressures than the normal environmental pressures. For example, a treatment at an elevation of 12,000 feet above sea level using a 4 psi (1.27 ATA) can simulate a decent of ~5,843 feet to 6,157 feet above sea level.
At higher elevations, the barometric pressure is lower. This decrease of pressure also decreases the oxygenation of blood, and is known as anoxia—where molecules of oxygen exert less pressure on the walls of the alveoli (Dalton's Law). Hyperbaric Oxygen Therapy (HBOT) follows this law.

Hyperbaria - Increased atmospheric pressure as a means of increasing oxygen uptake without an enriched oxygen source.
Hyperoxia - Increased total oxygen content.
Hyperbaria is based on the concept of the relationship of gas pressure and uptake in liquids (blood, plasma and tissues). Henry's Law states that "a gas is dissolved by a liquid in direct proportion to its partial pressure." For example, at sea level, atmospheric pressure is 760 mm Hg, the oxygen concentration is 21% and the body's oxygen content or partial pressure, pO2, in blood and plasma is ~ 40 mm Hg. Red blood cells have a limitation as to how much oxygen can bind with hemoglobin. The plasma portion of the blood typically has about a 3% oxygen concentration.

By placing someone in a 3 psi pressure hyperbaric environment, the increase in atmospheric pressure at sea level goes from 760 mm Hg to 915 mm Hg. This increase in gas pressure, increases the partial pressure of the oxygen gas and thus forces more oxygen to be dissolved in the plasma. This saturation of oxygen in the blood, due to the Hyperbaric Oxygen Therapy or HBOT, allows the extra oxygen to be diffused or transported to the surrounding body tissues. Thus, oxygen transport by plasma is significantly increased under hyperbaric therapy (HBOT). At three atmospheres pressure, enough oxygen can be dissolved in the plasma to support the oxygen demands of the body at rest in the absence of hemoglobin!

Hyperbaric Oxygen Therapy (HBOT) is designed to boost the supply of oxygen to ischemic tissue or to diseased tissues that respond to increased oxygen levels. Increasing the volume of oxygen dissolved in the blood plasma, that is brought about by hyperbaric therapy (HBOT), produces five basic effects:

Dalton's Law-John Dalton observed that the total pressure of a gas mixture was the sum of the pressures of each of the gases if they were to exist on their own.

To learn more about our Hyperbaric services, call Natural Balance Hyperbarics at 1(855) 942-7246 or schedule a call back with our  online scheduling system.