Dr. Boggess and his team enthusiastically provide medical and therapy care to children and adults with autism, AD(H)D, and other mood problems. We recognize the tremendous impact certain medical conditions have on the entire family and we approach these disorders according to the dictum: “Families that work together, heal together.”

Our mission is to help children and family members from a physical, physiological, and emotional perspective. Few conditions hinder the cohesiveness and spirit of family like significant mood or cognitive illness. Our goal is to support the entire family unit holistically.

We employ a wide variety of evidence-based and complementary approaches, including: 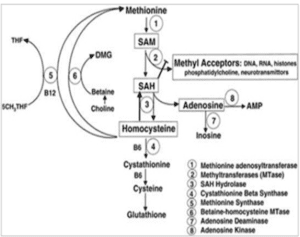 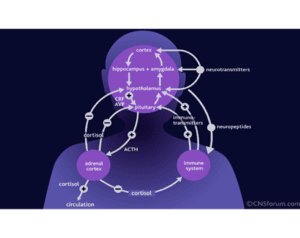 We believe that by working as a team we will provide you and your family with the best care available.

“When things go wrong as they sometimes will;
When the road you’re trudging on seems all uphill;
When the funds are low and the debts are high;
And you want to smile, but have to sigh;
When care is pressing you down a bit,
Rest if you must, but do not quit.
Success is failure turned inside out;
The silver tint of the clouds of doubt;
And you can never tell how close you are.
It may be near when it seems so far.
So stick to the fight when you’re hardest hit;
It’s when things go wrong that you must not quit.”

The Biomedical Approach Is Not "One Size Fits All"

Your child is unique, so we have to treat them that way. He/she has symptoms that can be life-limiting, can impair social activities and proper development, and can be a source of significant stress for other family members.

Your child also has unique characteristics and diagnostic findings that can guide clinical decisions and help to determine the very best strategies for testing, supplementation, and dietary approaches.

While general statements can be made, the best way to treat children with mood and regulation problems is based on biomedical testing and observations.

Start with the Basics

Cholesterol less than 145 mg/dl in neurotypical children has been shown to increase defiance and irritability and increase the chances of school suspension three-fold. Supplementing children can be helpful with similar symptoms/behaviors.

Thyroid function tests: Many children with autism have clinical hypothyroidism, which can be the reason for some of the symptoms.

Ammonia and lactic acid: Here I’m looking for mitochondrial dysfunction, especially if there is evidence of low muscle tone. In such cases, symptoms can improve with supplements such as Coenzyme Q10/Ubiquinone, L-carnitine, etc.

Lead: Can cause autistic-type behaviors in some children and may prompt an intensive study of the child’s environment (home, daycare, outdoor areas)

Magnesium (RBC): Low levels have been noted in some children with ADHD and autism. Aggressive supplementation can be helpful to improve sleep, reduce autistic behaviors, decrease hyperactivity, and improve constipation.

Serum testosterone: A small percentage of children with autism have elevated testosterone, which has been associated with aggressive behaviors.

Gastrointestinal tests, if warranted, may include:


A WORD OF CAUTION:

While many tests can be ordered without a physician, it is in your child’s best interest to work with a biomedical clinician who specializes in a biomedical approach. Regarding nutritional supplementation, it’s difficult to design a reasonable, cost-effective biomedical protocol without proper observation.

Most parents are confused by side effects versus adjustment reactions that go along with the use of nutraceuticals, and they lack the needed background to have confidence their child is “a ship sailing in the right direction.” The end result is that unneeded supplements are given in happenstance fashion or the strategy is abandoned altogether and no improvements are realized.

The biomedical process takes time and commitment and often leads to fundamental improvements. Even complete resolution of symptoms can be achieved in some cases.

Multivitamin has been shown to improve sleep problems and gastrointestinal symptoms in children with ASD when compared to a placebo.

Vitamin C has been shown to reduce stereotypical autistic behaviors (such as stimming) compared to a placebo.

Vitamin B12 and folic acid have been shown to lead to improvements in certain autistic behaviors.

Zinc has been shown to improve symptoms compared to a placebo.

Magnesium and B6, when taken together, have been shown to improve autistic behaviors, social interaction, communication, stereotypia, hyperactivity and

Pycnogenol has been shown to increase glutathione levels, decrease oxidative stress, and improve attention, coordination, and concentration compared to placebo.

Carnosine has been shown to decrease seizure activity and improve speech and social behavior compared in children with autism compared to a placebo.

Many studies have demonstrated improvements with supplementation in children with developmental disorders, ADHD, and autism.

Melatonin: Several studies have shown improvement in sleep with the use of melatonin in ADHD and autism. My preference is to give along with 5HTP in order to support serotonin pathways and improve mood.

A WORD OF CAUTION:

While many supplements can be found in your local health-food store (even Walmart); efficacy, quality and dosing matters. It is in your child’s best interest to work with a biomedical clinician who specializes in monitoring and prescribing nutraceuticals and restrictive diets. What’s more, it’s difficult to design a reasonable, cost effective biomedical protocol without proper observation.

Most parents are confused by side effects versus adjustment reactions that goes along with the use of nutraceuticals and lack the needed background to have confidence their child is “a ship sailing in the right direction.” The end result being that too many unneeded supplements are given in happenstance fashion or the strategy is abandoned altogether and no improvements are realized.

A couple of analogies:

The biomedical process takes time and commitment and often leads to fundamental improvements, even complete resolution of symptoms can be achieved in some cases.

Getting Children to take Supplements

Oftentimes, younger children have a hard time swallowing pills or adjusting to new tastes.  But that’s when we have to put on our thinking caps and come up with fun and creative ways to ensure our children get what they need.

Many specialized diets have been shown to be helpful. These may include:

All such diets have been shown to be helpful in reducing autistic behaviors, improving mood, and/or reducing impulsivity. There is also some value to testing and eliminating any foods that aggravate IgG immunoglobulin (this does not necessarily indicate food allergy, but improvements have been noted nonetheless.)

Also, eating organic foods can help to reduce exposure to agrichemicals, and limiting sugars and improving protein intake can be beneficial as well.

The “key” is rational testing and observation.

As examples: A child who displays characteristic symptoms such as dark circles under their eyes, or flushing ears and cheeks when exposed to red food coloring, who responds well to Epsom salt baths and other “sulfation” supplements will likely further improve with a Low-Phenol diet.

A child found to have GI permeability problems, excessive cravings for gluten and dairy, gastrointestinal symptoms, and symptoms of silliness and giddiness after eating will likely further improve with a Gluten-Casein-Soy-Free Diet.

Similar reasoning can be applied to most specialized diets, but it is important to undergo restricted diets only under supervision of a physician or nutritionist who is familiar with them.

A WORD OF CAUTION:

While many restrictive diets can be tried without clinical supervision, it is in your child’s best interest to work with a biomedical clinician who specializes in a biomedical approach. Again, it is difficult to design a reasonable, cost-effective biomedical protocol without proper observation.

Most parents are confused by side effects versus adjustment reactions that go along with initiating a restrictive diet, and they lack the needed background to have confidence their child is “a ship sailing in the right direction.”

The end result is that diets are tried in happenstance fashion or the strategy is abandoned altogether and no improvements are realized.

The biomedical process takes time and commitment and often leads to fundamental improvements. Even complete resolution of symptoms can be achieved in some cases.

If you are currently working with a physician who is open to this form of treatment, I recommend showing him/her this information for further consideration. I am also happy to see you in my office in Ann Arbor or provide phone consultations under certain circumstances. Feel free to contact us.

We Are Here to Help You!

On behalf of the Natural Balance team, we hope you have found this information helpful and we look forward to working with you. For a personalized assessment and treatment plan unique to your child’s needs, call Natural Balance Wellness Medical Center at (734) 929-2696 or book an appointment online.